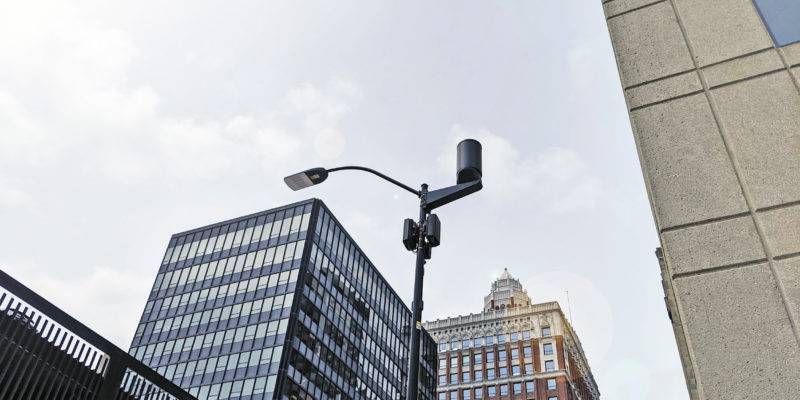 What is the true real-world benefit of 5G?

As 5G towers appear on your street corner, many CIOs and CTOs are struggling to answer: what is the benefit of 5G? Outside of the lackluster 4G rollout, one reason for the struggle is because many carriers aren’t even sure themselves.

Months ago, an IT professional from one of the world’s largest sports apparel companies told me about a recent pitch from one of the major carriers. The wireless provider was pitching a costly plan to install 5G on their HQ campus. The excitement quickly faded with one simple question at the end of the pitch—this executive simply asked, “How does this benefit us?” Awkward silence quickly gripped the room.

What is the benefit of 5G?

During an interview on Bloomberg Markets AM, 3 Tree Tech’s managing partner, Eric Skeens was asked “All I know about 5G is that I can download movies fast” by co-host Paul Sweeney. While speed typically takes the spotlight when talking about the true benefit of 5G, it’s not so cut and dry.

When utilizing mmWave technology 5G speed is performing over 1Gbit/s speeds in the real world today and in theory, it can reach 20Gbit/s, but there’s a catch. With sub-6 GHz mid-band and low-band, the max speed of 5G may be much lower. In real-world scenarios, deployment speeds can be slower than advanced 4G networks out today. But speed isn’t the only benefit of 5G, there are 8 total attributes or “currencies.”

The eight currencies of 5G will be key in shaping the deployment and usage of the technology and in defining how it addresses real-world business needs. Of the eight currencies, besides speed, the two that are most universally beneficial for businesses will be around latency and reliability.

Speed is sexy, but for many CTOs and CIOs business infrastructure, latency is far more important than speed—the number of T1 lines still being used is proof of this. In reality, the speed 4G LTE networks provide is more than enough for many business operations, the problem is latency. Even the best LTE networks have latency of at least 30 milliseconds (ms) and more often, much closer to 100ms or higher. Latency levels this high not only make applications like VoIP potentially unusable but dramatically affect the productivity and usage of every application.

As with speed, latency can also vary depending on the spectrum or “version” of 5G used. Expectations of 5G point to sub-20ms, with theoretical capabilities of sub-1ms, as carriers implement edge or near edge computing. We are likely years away from seeing sub-1ms latency on a carriers public network, but early tests of deployed mmWave 5G networks have typically yielded average latencies of about 15ms-25ms with some tests going just below 10ms.  Latency levels like these should satisfy most current business needs and open up additional use cases.

While it’s true we have seen real-world latency figures in the low to mid-teens, 5G won’t be satisfactory for technologies like autonomous driving, virtual reality, and augmented reality.  To reach the 1ms or less latency goal, computing will have to be moved as far out to the edge as possible and carriers are still settling on how to pull this off. If it sounds confusing, let’s simplify the complex a bit.

Like latency, reliability has always been a question mark for wireless connections, but 5G is expected to be the first to provide five 9’s. Whether or not carriers offer SLA’s promising this is to be determined, but if they are able to reach this level of reliability and availability it would be groundbreaking. In this case, the combination of 1Gbps+ speeds, ultra-low latency, and five 9’s reliability would make 5G extremely valuable to all businesses.

These two currencies of 5G would be sufficient at providing an alternative or additional network connection equivalent to some of the best cable and fiber options.

In addition to the usage of 5G being used as a basic network connection, other businesses will undoubtedly find new uses we haven’t considered. We will even see new business startups and ventures made possible by 5G. Consider the number of connections 5G will allow.

5G is able to stay connected to devices traveling up to 500km/h allowing use on planes, trains, and other future highspeed vehicles. All this with an energy requirement potentially 90% lower than 4G LTE, will lead to smaller and more efficient devices.

In addition, the technology’s ability to support 1 million connected devices, 10x more than LTE, in a square kilometer, will allow massive IoT deployments. These deployments will drive smart cities and buildings of the future. Consider mass gatherings at stadiums and festivals. Events like this that typically bring networks to a grinding halt, wouldn’t cause a 5G network to break a sweat. But when will this all be available for use?

When Will 5G Rollout Be Complete?

The length of time between now and fully functioning nationwide 5G is hard to say.  If you listen to the press around T-Mobile you would think that we are already there, but while they technically have a nationwide 5G network it does not come close to the promises we have been given around 5G capabilities.  The reason for that is they are only using a low band, 600Mhtz spectrum compared to mmWave that Verizon and AT&T have initially focused on.

While they have different strategies to get there, each of the carriers plan to utilize low-band, Sub6Ghtz, and mmWave for their nationwide 5G networks.  While some of these rollouts are moving along nicely I think it will be at least a couple of years before we see carriers with full nationwide buildouts.

In addition to the time and challenges of building out the physical network, there are still questions on how to push the computing out to the edge to be able to realize the sub-1ms latency that will be needed for applications like autonomous vehicles.

The Business Case for 5G

The sports apparel IT executive was asking the right question, sadly the carrier didn’t provide the right answer. Assuming this carrier wasn’t asking the company to pay for their own public 5G rollout, a hybrid private/public 5G network on their campus could have some value.

Private cellular networks aren’t completely new, with some businesses deploying Private LTE for a few years now. Initially, these networks were used mainly for Industrial IoT deployments to provide a dedicated secure network specifically for those environments, but now they are being looked at for many other use cases.  The most basic and universal of these is a complement or replacement to WiFi.

Compared to the best WiFi tech available, a private 5G network could provide greater speeds, latency, security, and range. The most immediate benefit on a company campus would be the ability to have a fiber-like connection anywhere on site with limited or no additional infrastructure buildouts, but it goes further.

By partnering with a carrier to do a 5G rollout, a true hybrid network would enable everyday cellular devices to connect, allowing the company IT leaders to decide what stays local (and private) and what leaves their network. In addition, this could open up the ability to easily adopt a smart city infrastructure gaining better control and insight into everything going on at the campus. This insight and control could also include capabilities like moving mail, and other items around by autonomous vehicles and robots. The use of VR and AR to showcase products could be an interesting use case for an apparel company as well, albeit more in their retail locations than the HQ campus.

So, what is the benefit of 5G and what is the business use case? If the promises of 5G can be realized, there are many benefits for business.  The individual use cases will be what determines if they should wait for public 5G to reach them or invest in their own private or hybrid network.  On the other hand, when you take all of the different options into consideration then the use case may only be limited by your imagination.

Chris Moeller is a 5G and IoT researcher at 3 Tree Tech. If you want to integrate IoT technology into your tech or need mobility infrastructure help, he’s willing to lend you his big brain. Reach out!

IT Stuff To Your Face!

For more smarty-pants research, insights, and invites to our CIO/CTO virtual wine tastings, lunches, and scotch sessions, sign up! 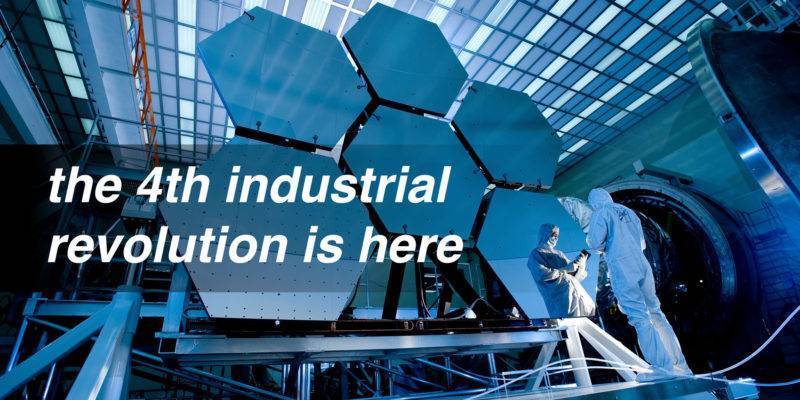 The end of 2019 saw multiple announcements around 5G deployment from all of...